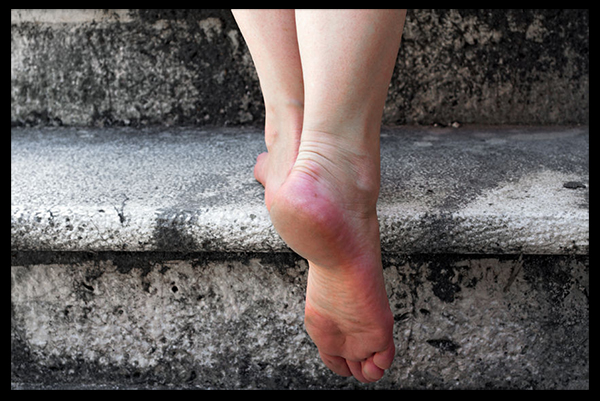 My name is Carol Ann Lewis, and I love Los Angeles stair walks! (Or stairwalks, which one I am not really sure.)

I am originally from Sterling Heights, Michigan. Flat, boring Sterling Heights. I came to Los Angeles as many girls do, with stars in my eyes and the goal of seeing my name in lights. (As a singer, which I was told I am very good at and honestly have won a lot of awards back home. Nothing maj, but good enough to get on one of those shows, right?)

I still feel like someday I will be that person, but for now I have a desk job working for this kind of low rent manager person (who shall remain nameless), from his home in Glassell Park. Anyhow, he makes me run all sorts of stupid errands, and so one day, when I was supposed to be picking up his dry cleaning, I noticed these random stairs in Echo Park. Can you believe I'd been here for like 3 years already and I never really noticed the stairwalks, when there are TONS all over L.A? (I know, right?) Even where I live which is Hollywood adjacent (lol, really "The Valley").

Well, I was hooked. And broke, so I couldn't even afford a gym membership! And I don't like the beach (I know, weird, right?), so going to Venice or wherever people go around here to ride a bike or rollerblade wasn't my thing. So I started researching online and lo and behold, tadummmm, all these stairwalks! Such great exercise, and a really good way to explore the city. And it's free too, which is nice for a struggling artist like me (and maybe you).

-- If the stairs stink like pee (plug your nose), or are dangerous in any way (carry mace).

-- If you may encounter nosy neighbors or pissed off pets. (This happens a lot because many of the staircases run right thru neighborhoods in a way that makes you feel like you are totally trespassing but you aren't. Personally I wouldn't want so many people walking on the stairs outside my house, but then again, I guess I'm not in Sterling Heights anymore, lol!)

-- If you will get a good workout and bust your butt, which is a good thing in my estimation. On the flip side, though, is there are a lot of freakin' healthy people in LA who totally show-off on the stairwalks by going past you (me) really fast without even really breathing hard (I call that a self-esteem crusher).

-- If you will see a celeb! One time I saw the back of a guy's head and I'm pretty sure it was Jake Gyllenhaal. He was going super fast but I'd know his hair anywhere! Some of the places were in movies (well, just one I think - the Music Box stairs, which were in a Laurel & Hardy movie that I didn't see or would really want to see but it's Hollywood history, so right?)

And that's pretty much it, my fellow stairwalkers.

So may the Force be with you when you hike these steps! (Get it? Like Luke Skywalker from Star Wars, which is my dad's favorite movie. He's so cute, but I don't get why he loves that movie so much because I swear you can totally tell the spacecraft are like toys and the special effects are basically nonexistent. But I love my dad so that's like a shout out to him!)